The Key to Business Agility is the right Attitude 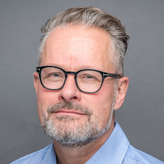 McKinsey Senior Partner Aaron De Smet defines agility as “the ability of an organization to renew itself, adapt, change quickly, and succeed in a rapidly changing, ambiguous, turbulent environment.” According to De Smet, agility requires two things, speed and responsiveness as well as a stable foundation. To succeed, an organization needs a stable platform and the ability to react quickly to change amidst a constantly evolving business environment.

At AOE, we would add a third, crucial, component – the attitude to “collaborate” with trust, “Always assuming the best intentions in others.” This Agile AOE attitude is essential to effect change. Without this attitude, it is difficult to introduce Agile processes, let alone an Agile corporate culture that might differ significantly from the status quo of an organization.

At AOE, we recognized the value of this Agile attitude from the beginning. Consequently, this attitude flows into everything we do – and how we do it. It guides us in our Agile software development, permeates our Agile corporate culture and deeply affects how we collaborate with our customers.

Because Agile is part of our DNA, I would go so far as to say that Agile not only provides extensive value for any company, but it is essential for survival in today’s fast-paced, complex business world.

A case in point is our long-term, successful partnership with the German mobile network operator congstar. As a subsidiary of Deutsche Telekom AG, congstar was originally structured along traditional organizational lines, with bureaucratic hierarchies and software development processes based on the waterfall model.

As early as 2008, farsighted executives at congstar realized that they needed to change to be able to react more quickly and effectively to future customer expectations. This is where the Agile attitude came into play. Together, we began to switch congstar’s entire software development process – and with it, corporate culture – to Agile.

Of course, there was skepticism upfront. Some employees weren’t sure that Agile methodologies and processes would work in their company.

Two things made the difference. First, the prevailing attitude was “let’s try it”. Everyone involved, from top-level management to developer, bought into the concept. There was an openness about attempting something new.

Second, success over time has proven us right. Since 2010, we have delivered every release on schedule. This success has led to an even deeper commitment to the entire concept as well as a trusted relationship between congstar and AOE.

Today, congstar serves more than four million customers digitally with little to no offline retail footprint. Whether on their smartphone or in the online portal, customers have high expectations towards a fully digitalized mobile carrier and want the ability to change their contracts, data and usage in real-time.

CSO / AOE
The Agile AOE attitude flows from a foundation of trust, in each other and in our customers, where we always assume the best intentions in others.

It is this long-term focus on the customer, together with our Agile attitude, which will ensure the continued growth of congstar – and every organization that embraces this attitude.

Thus, the Agile attitude not only changes how we view our organization, including corporate culture, methodologies and processes as well as software development; it also influences which value we place in our customer collaborating with trust, “Always assuming the best intentions in others.”

For Agile to be successful, however, everyone involved must be committed one hundred percent. Agile will not work if someone in the process isn’t convinced of the benefits. It requires a completely different attitude toward business. Mixing Agile project- or software development teams with a traditional hierarchical corporate structure is not sustainable in the long run. We might start a “hybrid” with our customers and, with trust, change the model into “all” – after a successful beginning. The entire organization needs to be Agile. Agile is an all-or-nothing proposition.

The good news is that Agile is capable of helping organizations grow their businesses. Contrary to erroneous assumptions, Agile does scale, it is reliable, it can handle complex issues and it can be used in the long-term. Agile is the perfect combination of controlled execution and innovation.

On November 10, we at AOE hosted the World Usability Day Rhein-Main. The focus: Our Health, i.e. solutions in the context of digital health.