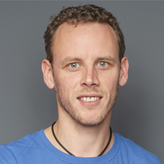 Mid-May I was at the Scrum master gathering hosted by our colleagues at Seibert Media. The meeting, as always, was a successful event; Scrum masters from different companies met to discuss a wide variety of topics from the agile world.

In one of the sesions Joachim Seibert introduced a method for making decisions that heretofore was unknown to me. I found the technique, in which decisions are arrived at in a team, to be extremely interesting. The methodology, which he described using an example, is called the “Systemic Consensus Principle.” Up until now I had been waiting for an opportunity to use this approach for decision-making in my team – just to see if it actually works. After having used the method recently I am able to state that it works really well. And the feedback in the team was also positive. However, this approach is not applicable to all decisions; there are decisions for which the method is not 100-percent appropriate.

The principle is based not on voting for something but saying how strongly you reject any given option. In this way one attemps to find that option that the participants are best able to live with.

The method is explained comprehensively on the following pages; therefore, I will forego explaining it myself:

Quality? The software tester will take care of that!

In software development projects it is often assumed that quality assurance is taken care of by software testers. But it is a team task!

In the agile context, working with requirements poses major challenges for everyone involved. To avoid errors that arise from ambiguous requirements, there are methods that the team can use to identify and prevent them more quickly.

Agile mindset: the search for the self-determined employee

What exactly is an "agile mindset"? Cordula Kartheininger explains why an agile mindset is urgently needed to feel comfortable in an agile organization.