Agile mindset: the search for the self-determined employee 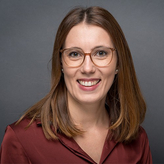 In the context of modern organizations, there is often talk of an "agile mindset": But what exactly does this mean? Cordula Kartheininger, HR Manager at AOE GmbH, explored this question in her Master's thesis together with Professor Dr. Stephan Fischer, Director of the Institute for Human Resources Research at Pforzheim University and Dean of the Master's program in Human Resources Management. It is shown that an agile mindset is a multidimensional construct and plays a central role in the fit of a person to an agile organization.

Everyone is talking about agility as a form of adaptation to market and organizational changes. For some, the concept is becoming increasingly important due to current challenges (Weber / Zimmermann / Fischer 2018). For the others, in comparison, it is simply another sort of management hype that is sweeping across the country and producing nothing new (Kühl 2018). There is agreement that this is a well-known concept that is constantly gaining in relevance (Häusling / Fischer 2016).

PONS translate mindset as "a way of thinking" and the "way you think about something". The Oxford Dictionary defines mindset as an "established set of attitudes, esp. regarded as typical of a particular group's social or cultural values; the outlook, philosophy, or values of a person, frame of mind, attitude, disposition". This understanding illustrates the multidimensionality of Mindset.

But what is an "agile" mindset? In general, when fitting a person to an (agile) organisation, the aspects of personal ability (abilities, skills, competencies) as well as individual will (values, motivation) must be referred to (Rosenstiel 2015). The following content dimensions can be extracted from this:

Values play a key role in the mindset because of their action-guiding effect. Thus, individuals prefer to make decisions that are in line with their values (Bardi / Schwartz 2003). They also assess the behavior of others on the basis of their values (Klein 1991). In addition, values are a central element of personal and social identity and are relatively stable over time (Hitlin 2003).

The action-relevant influence of values grows in uncertain decision-making situations (Teufer 1999), which are frequently encountered in an agile environment. Which values are particularly relevant here? In the context of an empirical study (Kartheininger 2018), selected value types according to Schwartz (1994) were analyzed with regard to their relevance for employees of AOE GmbH, Wiesbaden.

AOE GmbH is an agile service provider for the development of digital solutions in the enterprise segment. The company, which employs more than 200 people at seven international locations, is described as a "pioneer among agile companies" (Wehner 2017) and a "star in agility" (Schoch 2016) due to its flat hierarchies or lack thereof as well as its self-organized teams.

The study of a total of 80 AOE employees showed that the value type "self-determination" and its underlying values freedom, creativity, independent choice of goals, autonomy and curiosity are particularly important within an agile context. In addition, collaboration and the associated values of trust, openness and respect are considered important by respondents. These "agile values" represent a promising indicator for the fit of successful employees with an agile organization.

At AOE GmbH, the experiences of employees with agility before joining the company were examined with regard to possible implications for personnel selection. Self-awareness (direct experiences) and external experiences (observation / narration of third parties) (Ashford / Fried 1988; Gioia / Manz 1985) were distinguished between the agile and non-agile context. In addition, the evaluation of these experiences (positive / negative) and its significance in terms of entry motivation were recorded.

At AOE GmbH, two types of experience are frequently encountered: the positively evaluated external experience of work in an agile context and the negatively evaluated self-awareness of work in a non-agile context (Kartheininger 2018). Accordingly, in connection with a person's wish to join an agile organization, one can speak of a "path-from-a-non-agile-organization-movement" as well as a "toward-an-agile-organization-movement". Moreover, the majority of respondents have no professional experience (self-awareness) in agile organizations.

The challenge for personnel selection in agile organizations is to identify suitable applicants despite their frequently lacking agile self-awareness. In this context, it seems reasonable to compare their negatively evaluated experiences in the non-agile context with regard to the framework conditions of the agile organization.

The third dimension of the agile mindset is the development and promotion of competencies that promise success in agile companies. Four agility competences (Zhang / Sharifi 2000) seem to be particularly relevant here:

Employees who have developed these competencies relevant to the individual have the appropriate skills and abilities to operate successfully in agile companies. Combined with the aforementioned values and the experiences reported by others as well as one's own self-awareness with regard to working in agile contexts, the multidimensional construct of an "agile mindset" emerges

The video is in German. Please enable English subtitles.

The agile mindset is a multidimensional construct. By considering the dimensions of values, experience, and competencies, it is accordingly considered a suitable indicator for evaluating the fit of an employee to an agile company. Therefore, the agile mindset plays an important role in the selection and development of personnel.

Our work culture is characterized by agile processes, responsible non-hierarchical teams, openness and transparency – both internally and with our customers. We attach great importance to high quality and set ourselves high standards – with a good dose of fun and a good work-life balance.

Quality? The software tester will take care of that!

In software development projects it is often assumed that quality assurance is taken care of by software testers. But it is a team task!

In the agile context, working with requirements poses major challenges for everyone involved. To avoid errors that arise from ambiguous requirements, there are methods that the team can use to identify and prevent them more quickly.

The 8 Characteristics of Optimal Test Automation

Testing often leads to bottlenecks in software development processes. In many cases, test automation represents a promising solution - here's why!